HPOPS' Board of Trustees is empowered under Article 6243g-4, Vernon's Texas Civil Statutes. The board is responsible for the general administration, management, and operation of the pension system, including the direction of investments and oversight of the fund's assets. The board is composed of seven members, as follows: three employees of the police department having membership in the pension system, two retired members who are receiving pensions from the System and are not officers or employees of the City, the administrative head of the City or the administrative head's authorized representative, and the treasurer of the City or the person discharging the duties of the City treasurer.

Chairman, Board of Trustees 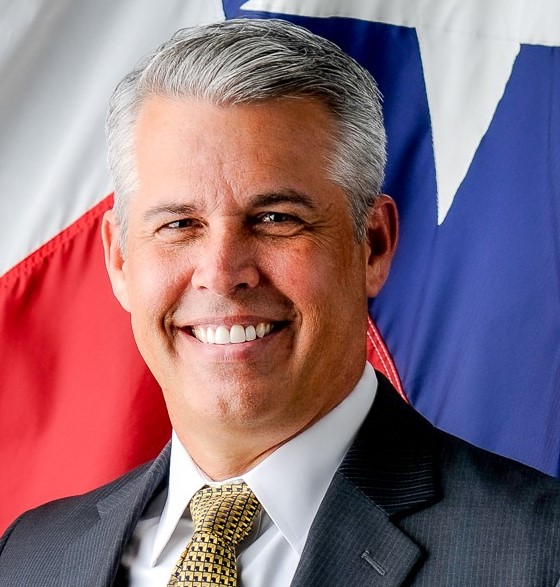 Dwayne Ready was first elected to fill an active trustee position on the Board in June 2014 with consecutive re-elections in 2017 and 2020.  After serving almost 36 years, he retired and was elected to serve and fill one of the two retiree positions. His career included a broad range of experience from managing several assignments in field operations, administration, and investigations. He is a graduate of the FBI National Academy and the Senior Management Institute of Policing.  He is also a practicing attorney in good standing with the State Bar of Texas and obtained his law degree from the University of Houston. Dwayne and his wife, Rhonda, are native Houstonians and the proud parents of Jacob, Kaitlyn, and Quentin.  Jacob is an officer serving Houstonians in the North Division, Kaitlyn is a practicing attorney in the Tomball area, and Quentin is employed in the dental technician industry. You may contact Dwayne Ready directly through email at drhpops@gmail.com 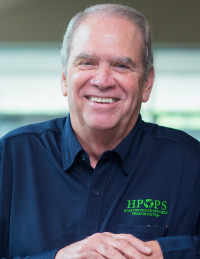 Terry Bratton was elected to the Houston Police Officer’s Board of Trustees in January of 2002. He has served as Chairman for the previous six years and is currently serving as Vice Chairman. Mr. Bratton retired in August of 2015 after over 39 years with HPD. Most of his career was spent training officers in the area of tactics and use of force. He has served as President of the Texas Police Association, holds a LLC from the Texas Law Enforcement Command College, and has an advanced instructor certificate from Texas A & M. In 2002, he received a lifetime achievement award from the 100 Club and he received a second achievement award in 2015 from HPD. Mr. Bratton is a chaplain with the Billy Graham Law Enforcement Rapid Response Team, a volunteer with P.A.C.A., and also volunteers with many organizations including the HPD and HPOU Peer Support team and COPLINE. His wife, Melanie, is also a retired HPD officer and their youngest son, Tyler, is an officer currently working at the North Belt station. 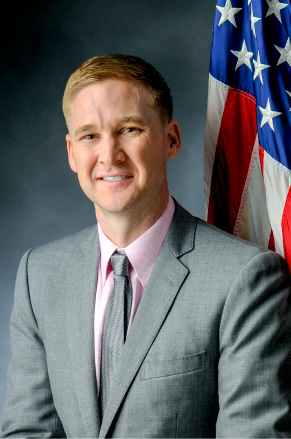 Trey Coleman was elected to the Houston Police Officers’ Board of Trustees in January of 2019. He has 15 years of service with the department and is currently assigned as the Commander at Eastside Division. Trey has worked in multiple assignments across those 15 years that includes working patrol at Southwest Division, investigations at Investigative First Responder Division, the administrative sergeant at Special Victims Division, Internal Affairs Division, and helping establish HPD’s North Belt Division. He has a journalism degree from Texas Tech University and is a proud Red Raider, and has also obtained a master’s degree from Sam Houston State University. He also has a passion for athletics and has competed in the Texas Police Games for over a decade before being elected as a state director in January of 2019.  Trey and his wife Cristina, along with their three boys, currently reside in Meyerland. You may contact Trey Coleman directly through email at  tchpops@gmail.com 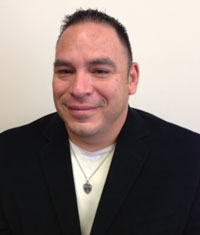 George Guerrero was elected as an active Trustee to the Houston Police Officers’ Pension System Board in December 2012. George has 26 years of service and is currently working out of the Office of Public Affairs where he is assigned as a Coordinator for special projects. He has received certifications as a TCLEOSE Instructor and as a Defensive Tactics Instructor. Prior to transferring to the academy he worked out of Central Patrol for approximately 12 years where he was a Field Training Officer and Evaluator. He currently holds a degree from Sam Houston State University.  In September 2020, Mayor Turner appointed George Guerrero to the Houston Deferred Compensation Advisory Committee Board of Directors. 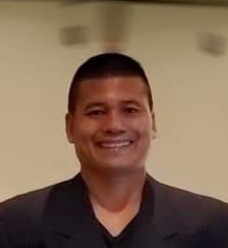 Steven Le was elected as an active Trustee to the Houston Police Officers’ Pension System Board in December 2021.  Steven has been with the Houston Police Department for over 18 years and spent most of his career in patrol as both an officer and a supervisor.  Prior to joining the department, Steven graduated from the University of Houston with a BBA in Finance and gained experience and financial knowledge with Costal Banc, Merrill Lynch, Texaco, and Compaq Corporation. Steven is hoping to give back to the department by working with the other HPOPS Trustees to provide a secure Pension System for all officers. You may contact Steven Le directly through email at steven_le_99@yahoo.com. 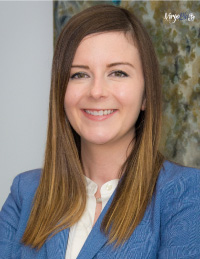 Melissa Dubowski is the Deputy Director for Treasury and Capital Management with the City of Houston’s Finance Department. She leads the department's liquidity management, debt issuance, and property and sales tax forecasting and collections. She also oversees the City's $9.1 billion five-year capital plan and had a key role in formulating and implementing the Houston Pension Solution. Before joining the City of Houston in August 2014, Melissa worked for New York City's Office of Management and Budget where she oversaw the operating and capital budgets for the NYC Department of Health and Mental Hygiene and the Office of the Chief Medical Examiner. Melissa graduated from Boston University with a Bachelor’s Degree in Biomedical Engineering. Melissa and her husband Michael, along with their son, currently reside in the Heights. 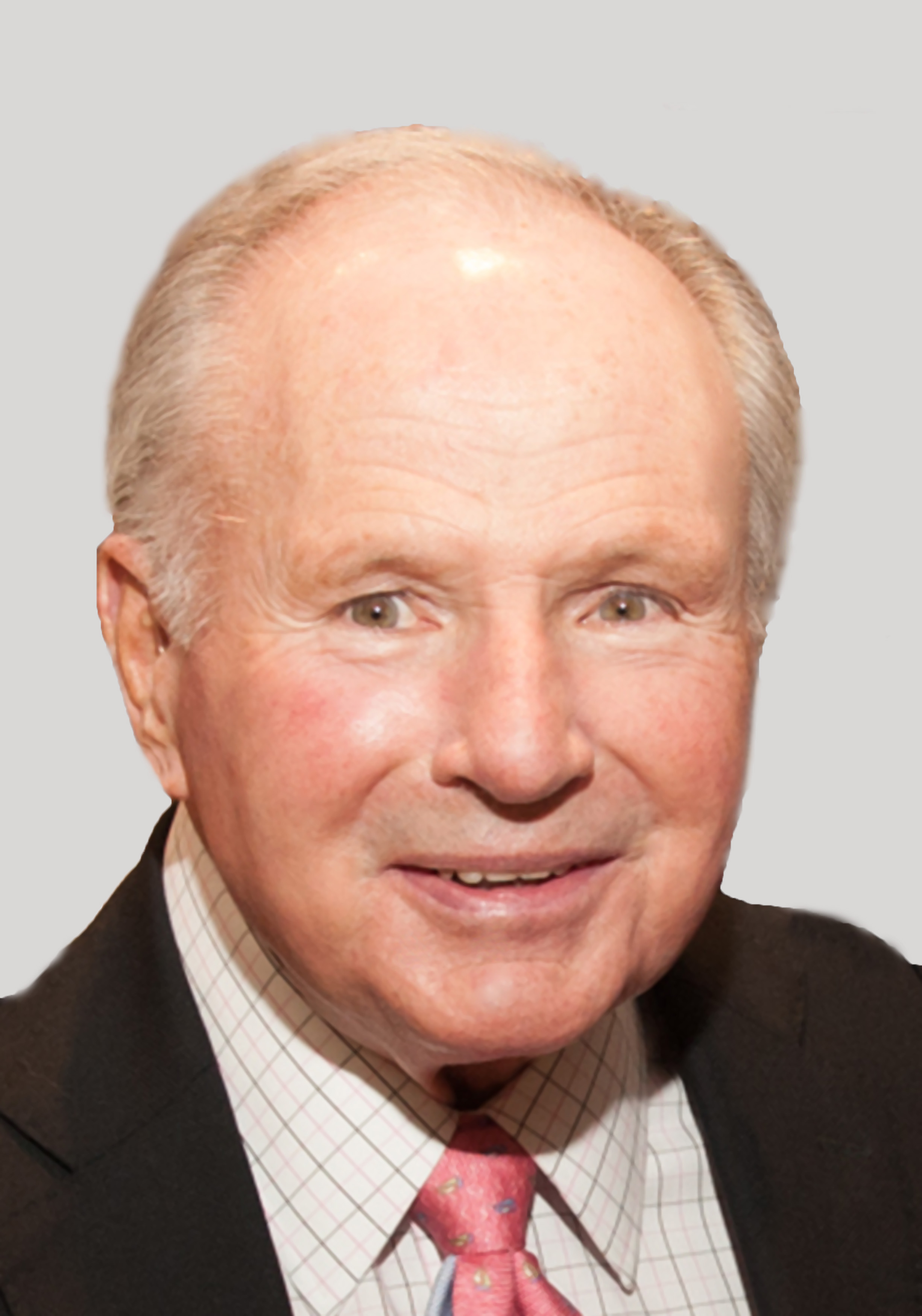 Don Sanders is the Founder of Sanders Morris Harris. Now more than 29 years later the successor to Sanders Morris Mundy is one of the most successful wealth management firms in the United States. Prior to starting Sanders Morris Harris Group in 1987, Don was employed by E.F. Hutton, one of the nation’s leading securities firms, for nearly 30 years, serving as Executive Vice President as well as being a Board Member. A native of Mexia, Texas, he received his Bachelor of Business Administration from Sam Houston State University in Huntsville, Texas, and his Master of Business Administration degree from the University of Texas at Austin. Don continues his full time job at Sanders Morris Harris but has also found other interests.   In 1979 he became a minority owner of the Houston Astros.  Twenty years later, he, along with Nolan and Reid Ryan founded Ryan Sanders Baseball which today owns the Round Rock Express (the Texas Rangers AAA Farm Club), and Ryan Sanders Sports Services, also known as RS3. Although Don is well-known for his financial and sports expertise, he is equally well-respected as an active community leader. He was the founder of the Houston Police Foundation and currently a Board Member of the Houston Police Officers' Pension System.  He is a founding Board Member of the AdvoCare V100 Texas Bowl and the Nolan Ryan Foundation.  Previously he served on the Board of Regents of the University of Houston. Don has a long tradition of supporting area schools and has generously built a baseball field for the KIPP Explore Baseball program, as well as the Kinkaid School baseball field and facilities which bears his name. Don also donated and endowed a world-class baseball facility at his alma mater, Sam Houston State University where he was also inducted into the Hall of Honor.  In addition, he funded a life-sized bronze statue at the Baseball Hall of Fame in Cooperstown that commemorates the All-American Girls Baseball League. His tremendous love for animals led Don to Friends for Life, a No-Kill animal rescue and adoption shelter where he personally financed a state-of-the-art shelter and facility. From his business accomplishments to his dedication and love of sports, care of animals, and compassion for others, he continues to embrace life in the fullest.